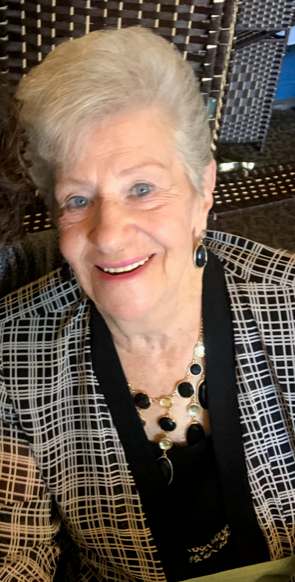 Eleanor (Ellie) was born on November 24, 1934, in the lower east side of Manhattan. Her family ultimately settled in Queens N.Y.

where she graduated from Richmond Hill High School. There she met her beloved husband of 66 years, Paul.

They raised a beautiful family including one son, two daughters, nine grandchildren, and two great-grandchildren.

During her life, Eleanor worked for various enterprises including Heidelberg Eastern, with her husband,

and until a short time before passing, for many years with the Village of Valley Stream.

Also there wasn't a volunteer opportunity that she didn't take on. She was a Sixty year member of the Woman of the Moose

providing a helping hand to those in need.

Her greatest roles were as a faithful Catholic , devoted wife and loving Mother, Grandmother and Great-Grandmother.

She loved to bowl, cook and DANCE!

Eleanor was predeceased by her husband Paul and her sisters Celeste DeLuca and Marie Melchiore.

She is survived by her son Paul Coppola, Jr., his wife Angela and their family: son Adrian and his wife Nicole;

daughter Dominique and her husband Fillipo Acompora and their children Valentina and Aldo;

and their family: son Marco and his fiancée Courtney Mahon; daughter Victoria and her fiancé Patrick Mancini; and son Anthony.

Also, by her daughter Lisa and her husband Matthew Avigliano and their family: sons Luke and Leo.

IN LIEU OF FLOWERS CONTRIBUTIONS MAY BE MADE IN ELEANOR’S MEMORY:

Share Your Memory of
ELEANOR
Upload Your Memory View All Memories
Be the first to upload a memory!